What started as a bar mitzvah service project when Gilman sophomore Jordan Yaffe was in eighth grade has turned into a multi-city event and fundraiser for the American Diabetes Association, even attracting some big names from the Baltimore area. 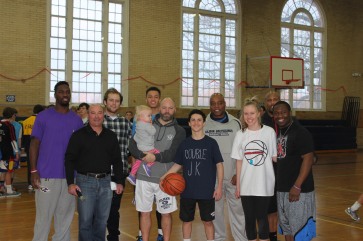 The Three Point competitors, along with other special guests.

Dunks for Diabetes is a group of 3-on-3 basketball tournaments that I started four years ago (2012) in seventh grade as my Bar Mitzvah project. I chose to do a fundraiser for diabetes because my grandfather, Stanley Yaffe, had Diabetes and my next-door neighbor and friend, Dr. Fred Brancati, worked in the field of Diabetes at Johns Hopkins.

Dr. Fred was an amazing man. Not only did Fred receive high praise and numerous awards for the work he did at Johns Hopkins, he also was a great mentor and friend who touched many people. He also loved sports. Fred was a huge Ravens and Orioles fan, but the sport that he loved the most was basketball. He coached his daughters and my sister with my dad throughout their LTRC rec basketball careers. I decided to honor Dr. Fred’s life-long work in the field of diabetes and his love for basketball by starting Dunks for Diabetes. The goal is to honor Dr. Fred by spreading awareness about diabetes and raising as much money as possible to support the American Diabetes Association while having as much fun as possible through exercise and the love of the game of basketball!

This personal connection has driven me continue to do Dunks for Diabetes year after year in order to really make an impact on diabetes education and research. The money raised by Dunks for Diabetes has gone to the American Diabetes Association. Their mission, “To prevent and cure diabetes and to improve the lives of all people affected by diabetes.” A portion of the proceeds from Dunks for Diabetes 2015 will also go to the Juvenile Diabetes Research Fund this year in honor of Will Hauver and the Diabetes Egg Crack Challenge. Will impacted many in the Baltimore community, so it is important that we honor him by pushing the fight against Type 1 Diabetes.

With everyone’s help, we can raise even more money, and I am sure the ADA would really appreciate it as well as the many Americans with Diabetes. We also are having a new Miami Dunks for Diabetes on April 18, 2015, and possibly a Boston Dunks for Diabetes later in the spring.

Justin Forsett launches a shot in the first annual Three Point Contest, only to later fall short to Gilman’s own Douglas Cooper.

Some shout outs from the event:

Lastly, I would like to specifically those who volunteered at the Baltimore Dunks for Diabetes and anyone else who has donated or supported the event. I would especially like to thank David Mazer for DJing. The American Diabetes Association for all of their support and advertisement. Mary and Caroline Pate for their support and help with the event. Ben Oliver for helping organize the raffle. Zach Jones for helping organize the referees and for advertising the event. Ned Moreland for helping with everything leading up to the event. The sponsors of Dunks for Diabetes 2015: Chesapeake Property Management Inc., The Gourmet Girls, Maryland Local Deals .com, Yaffe Real Estate, American Pool, and Crown Appliance Heating and Air. The Wizards, Sweat Performance, and Bare Hills for donating extremely generous raffle items. John Harbaugh, CJ Mosley, and Justin Forsett for donating raffle items and for giving an extreme amount of support to the event. My sisters Jessie and Rachel for their help and support. My parents Linda and Wayne also for their help and support leading up to the event. The Brancati family for their great support and encouragement. Tim Holley for allowing us to use Gilman’s wonderful facility, helping set up, and showing a great amount of support. Mr. Wilson, Maddy Brancati, and Justin Forsett for speaking at the event. And lastly, I would like to thank Cole Philipou, Joe Mather, and Alice Caplan for helping run this year’s Dunks for Diabetes overall. They each did an enormous amount of work for the event. Because of them, this year’s Dunks for Diabetes was the biggest and best yet! 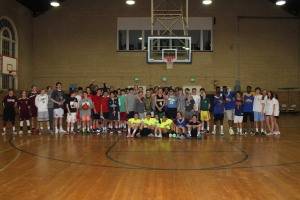 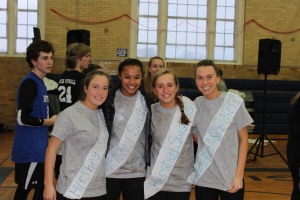 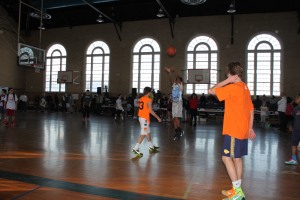 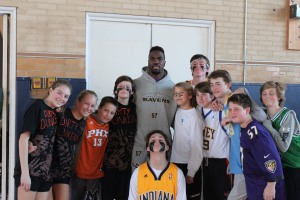